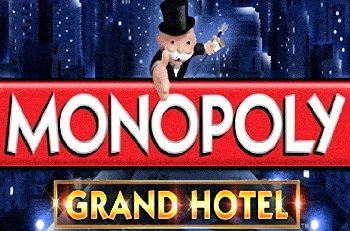 Play the new Monopoly Grand Hotel slot from Shuffle Master at the SG platform. MONOPOLY has been a part of popular culture for over 80 years. Monopoly Grand Hotel takes on a new lease of life in this new standalone slot title. A stylish combination of today’s popular game trends together with the most memorable elements of the original board game, MONOPOLY Grand Hotel incorporates all the fast paced action of the original game. Win big with the Free Games Feature by landing House and Hotel symbols that award cash amounts, or trigger the fixed jackpot in the GO Feature. Land 3 GO symbols to trigger the GO FEATURE. One reel spin will be awarded on the GO reel. Spin to win a prize. Jackpot values include MINI, MINOR, MAJOR and GRAND.