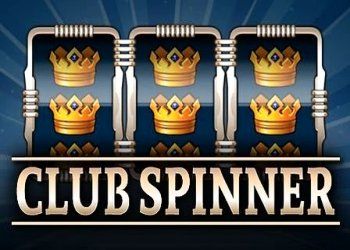 The Club Spinner fruitmachine provides a Basic and a Top (Club) game. Either two or three Mystery symbols appearing criss-cross ( on reels 1,2 or reels 1,2,3) bring a featured mystery payout ranging between 2-200 and 8-200 credits respectively. The highest payline in the Basic game brings 200 credits. 200 credits won in the Basic game are transferred automatically to the Credits meter.
Other winnings in the Basic game can be doubled or lost in the Head/Tail feature. This is done by using corresponding Head and Tail buttons. The Top game becomes available when 4 or more credits are won in the Basic game and uses 4 credits for a bet.