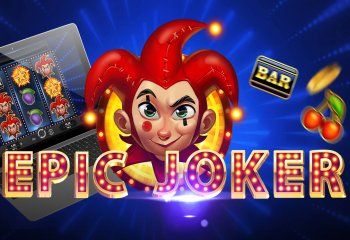 The Epic Joker slot from Relax Gaming has 3 reels, 3 rows with 5 pay lines. The game of Epic Joker is always played with all 5 pay lines active. Winning combinations and payouts are made according to the paytable. The wild symbol substitutes for all symbols on the reels. If the same symbol appears on all 9 positions in the base game, SUPER MODE is triggered, awarding 5 SUPER MODE spins.
If the same symbol (excluding joker) appears on all 9 positions in SUPER MODE, SUPER MODE is re-triggered with an additional 5 free spins. If one or two full joker stacks appear on any of the reels, the joker stacks stick and the player is awarded one JOKER RE-SPIN. Should a second joker stack appear during the JOKER RE-SPIN, both joker stacks stick and a second JOKER RE-SPIN is awarded.