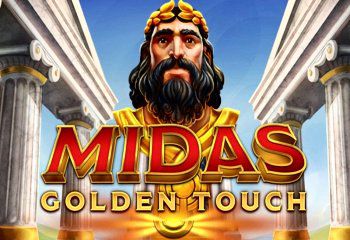 The Midas Golden Touch slot from Thunderkick is a 3×5 video slot with 15 fixed pay lines. Midas Golden Touch has multiplier wilds and a Bonus game with sticky win feature. The theoretical return to player is 96.1%. In the bonus game any win triggers a sticky respin feature. During the respin feature any winning symbols in a win line will be locked and the remainder of the symbols will respin. The respin feature continues until no additional winning symbols are locked. In the bonus game a single random wild is placed on the reels at the beginning of each free spin. At the beginning of every spin a single wild is placed randomly on the reels, the wild will only appear on reels 2,3, or 4.