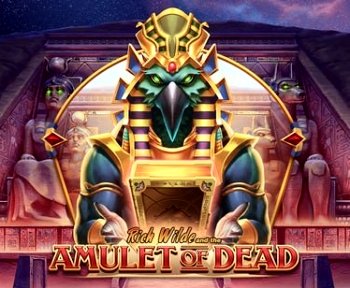 Rich Wilde is back with a new adventure, the Amulet of Death. Play Rich Wilde Amulet of Death with 10 paylines where the pendant is a SCATTER (and wild) and can appear on ANY reel. 1, 2 Or 3 fully stacked THOTH WILD activates x2, x3 or x5 MULTIPLIER respectively. Activated MULTIPLIER is applied to all wins on the triggering spin. 3 or more SCATTERS trigger an initial 10 FREE SPINS. Before the FREE SPIN starts, a random HIGH-PAYING or ROYAL symbol is chosen to act as a special EXPANDING SYMBOL during the entire FREE SPIN session. 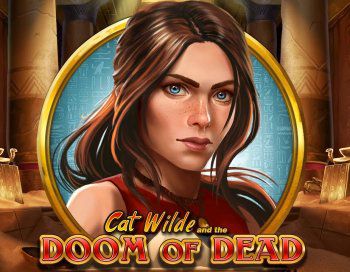 The video slot Cat Wilde Doom of Dead from playNgo is the woman version of Rich Wilde. Cat Wilde Doom of Dead has 5 reels and 10 winlines. 3 SCATTER symbols appearing on reels 1, 3 and 5 trigger an initial 10 Free Spins. 10 additional Free Spins can be earned during the mode by getting 3 Scatter symbols on reel 1, 3 and 5. Number of Free Spins are unlimited! Before FREE SPINS begins, a symbol is chosen from any of the high or low-paying symbols to become a Special Expanding Symbol during the entire FREE SPINS sequence. After prizes for regular winning combinations have been recognized, the Special Expanding Symbol may expand to cover all three positions on its reel. This symbol will only expand when it is part of a winning combination.

Rich Wilde and the Shield of Athena 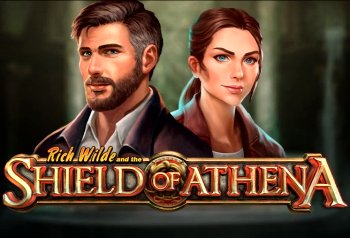