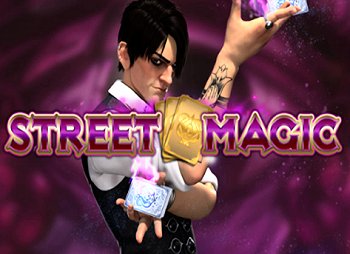 Play the video slot Street Magic with 5 reels and 20 fixed paylines. Try Street Magic and join the Magician as he performs a trick or two to help you scoop the jackpot. The Magician will be on hand with his sly sleight of hand to help unlock one of his signature performances as a Scatter symbol or to help you conjure up winning combinations as a Wild. So if you land two Magician Scatter symbols on the reels then you will trigger the Magician Performance features and he will randomly perform one of his signature tricks! The Wild Shuffle will add extra Wilds onto the reel; The Expanding Man will expand the two Scatters and create two wild reels and The Transporting Man will add a third Scatter to trigger your free spins! 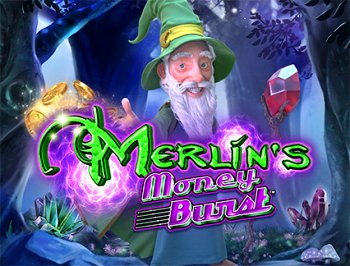 Merlins Money Burst is an exciting video slot from Nextgen Gaming. Merlin’s back swinging his staff and zapping wilds like a true Master of Magic, but this time he’s brought a friend. Merlin has teamed up with Moneyburst from WMS in this epic game. So meet the Master of Magic in his own castle. Here lies a secret glade of hidden power and riches, shrouded in mystery and lore. Some say, its stream contains the secrets of immortality, while others believe its crystals hold the power of foresight. Only Merlin the Magician knows of its location and has sworn never to reveal its whereabouts. For real fun, use the super bet modus at the Merlins Money Burst.