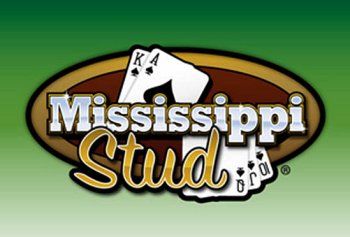 Mississippi Stud is a poker game that uses a standard deck of 52 cards, which is reshuffled between each game. Unlike most poker games, the player’s hand isn’t compared against the house’s hand or other player’s hands. The player’s hand is compared against the paytable. Players start out by placing a bet in the ANTE bet area on the table. Five cards are then dealt face-down. Three of these cards are community cards, the other two cards belong to the player. The player’s two cards are revealed. To reveal each of the three community cards, the player must make 3rd, 4th and 5th Street bets. After each bet, one community card is revealed. The player is given a choice for each Street bet – to wager 1x, 2x or 3x the ANTE bet or to FOLD.